The following are the main hardware features of WifiMETRIX (the following section describes more about functional features). 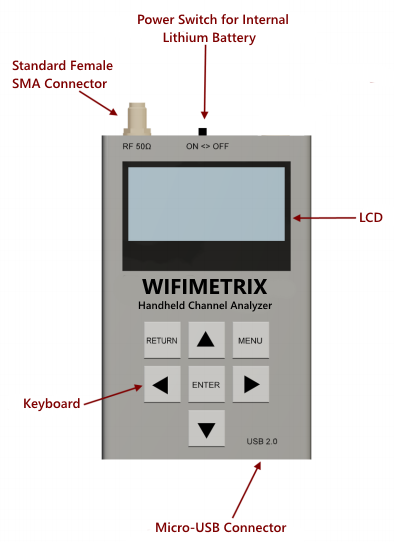 The unit includes a 50 ohm impedance RF connector (standard female SMA format). This is used for attaching the dual-band antenna that we include with the device. Feel free to substitute your own antenna — the only constraints are you adhere to the 50 ohm requirement and your antenna includes a standard male SMA connector.

When storing or transporting the unit we recommend attaching the 50 ohm SMA terminator (included) to protect internal components from strong electric fields.